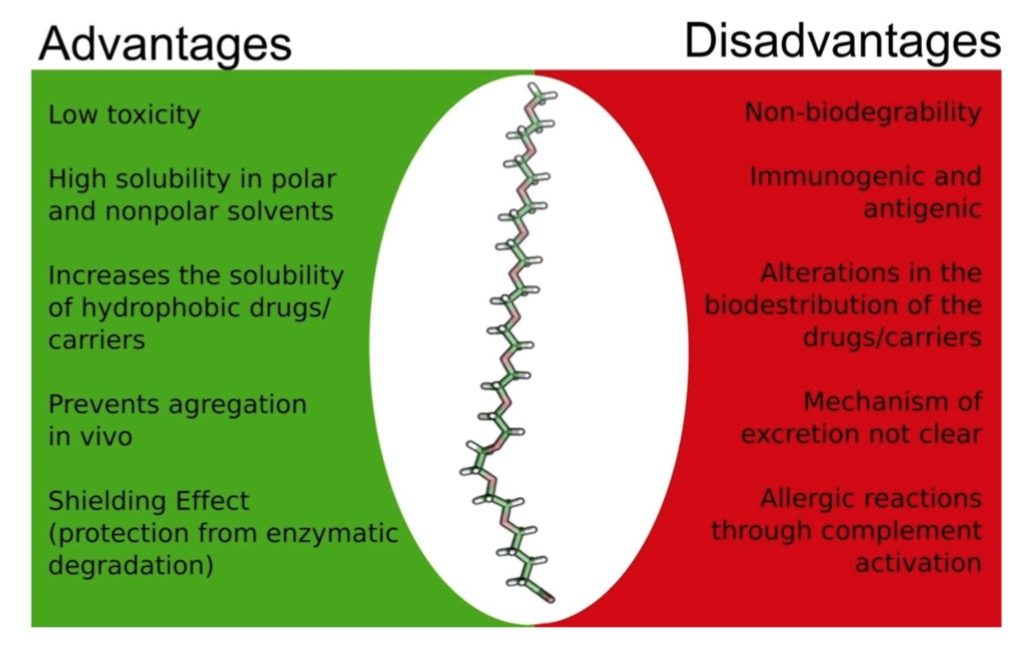 Poly(ethylene) glycol (PEG) is the most used polymer in drug delivery due to its unique properties, such as reduced toxicity and high solubility. PEGylation is the process of attaching PEG chains to compounds. Its effect on drug delivery has motivated a lot of experimental and computational studies. To explain and complement experimental findings, all‐atom, coarse‐grained and multi‐scale molecular dynamics simulations are being increasingly done. This review summarizes the computational studies using molecular dynamics that have been done regarding PEG and PEGylation of small molecules, proteins, peptides and drug nanocarriers such as micelles, liposomes, dendrimers and carbon nanotubes. Generally, the various studies presented indicate that molecular dynamics simulations can be a powerful tool in explaining and predicting experimental results and are efficient in providing an atomic‐level insight into the interactions between PEG molecules and other compounds. In particular, MD simulations are nowadays routinely used to provide direct insight into the dominant conformations formed, range of interactions established, and effect of PEGylation on the structural and dynamic properties of different drugs or therapeutic agents, enabling an atomic level analysis of a variety aspects including ionic concentration, identify of ions present, and specific PEG size and number of molecules.