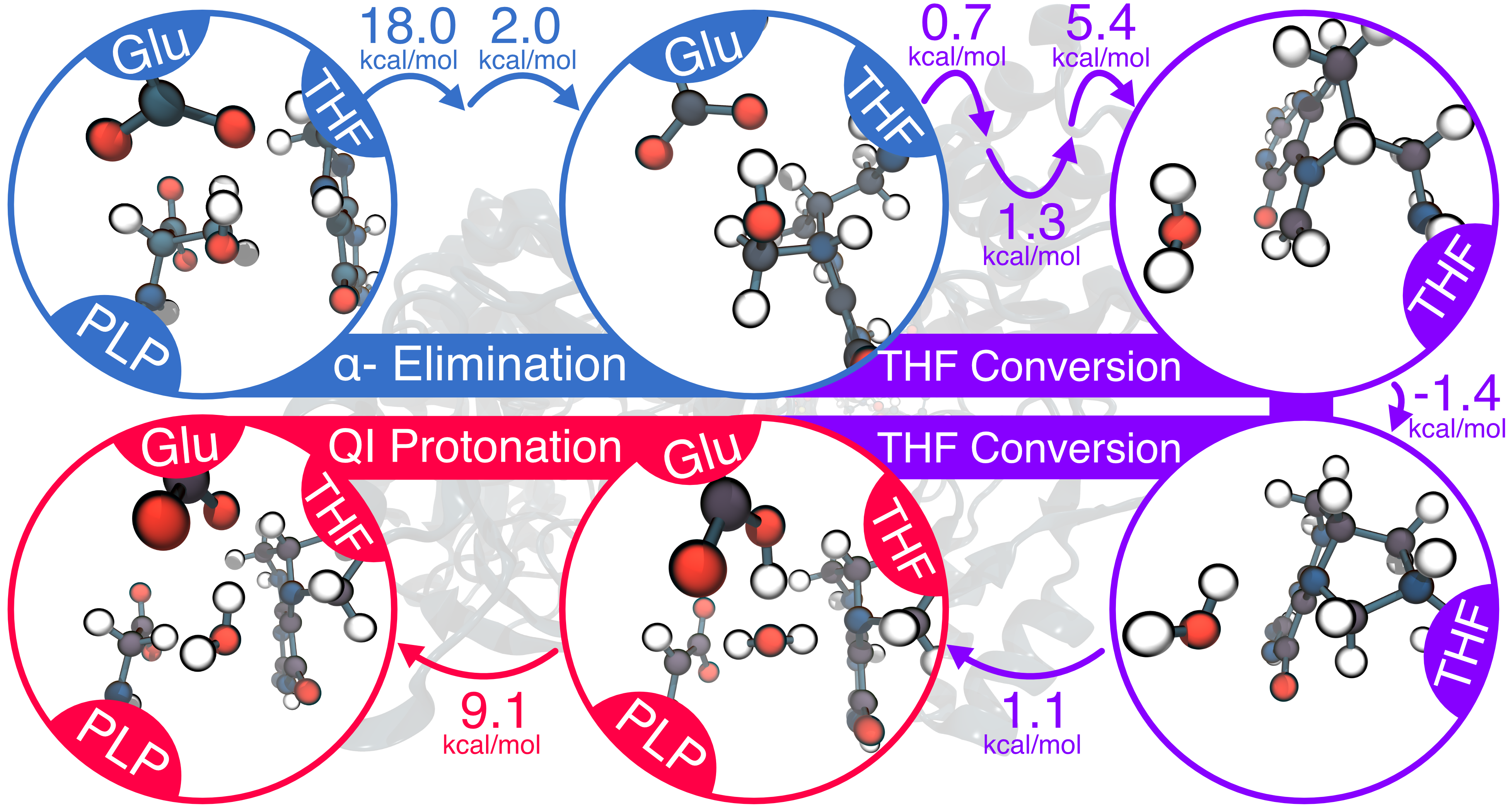 Serine Hydroxymethyltransferase (SHMT) is an important drug target to fight malaria – one of the most devastating infectious diseases that accounted in 2016 with 216 million new cases and almost 450 thousand deaths. In this paper, computational studies were carried out to unveil the catalytic mechanism of SHMT using QM/MM methodologies. This enzyme is responsible for the extraordinary cyclisation of a tetrahydrofolate (THF) into 5,10-methylene-THF. This process is catalyzed by a pyridoxal-5’-phosphate (PLP) cofactor that binds L-serine and from which one molecule of L-glycine is produced. The results show that the catalytic process takes place in eight sequential steps that involve an α-elimination, the cyclization of the 5-hydroxymethyl-THF intermediate into 5,10-methylene-THF and the protonation of the quinonoid intermediate. According to the calculated energetic profile, the rate-limiting step of the full mechanism is the elimination of the hydroxymethyl group, from which results a formaldehyde intermediate that then becomes covalently bonded to the THF cofactor. The calculated barrier (DLPNO-CCSD(T)/CBS:ff99SB) for the rate-limiting step (18.0 kcal/mol) agrees very well with the experimental kinetic results (15.7-16.2 kcal/mol). The results also highlight the key role played by Glu57 during the full catalytic process and particularly in the first step of the mechanism that requires an anionic Glu57, contrasting with some proposals available in the literature for this step. It was also concluded that the cyclisation of THF must take place in the enzyme, rather than in solution as it has been proposed also in the past. All of these results together provide new knowledge and insight on the catalytic mechanism of SHMT that now can be used to develop new inhibitors targeting SHMT and therefore new anti-malaria drugs.